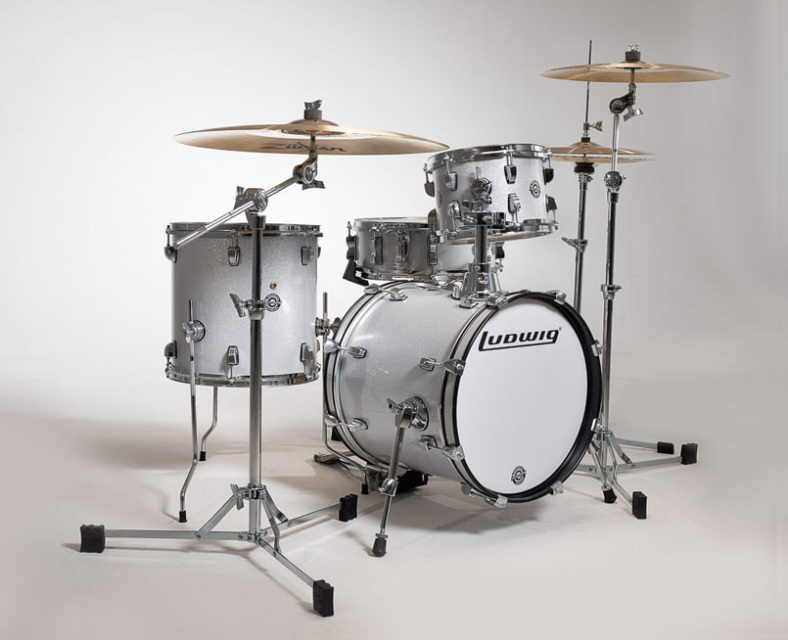 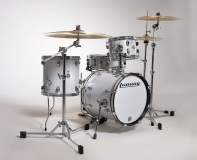 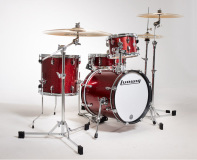 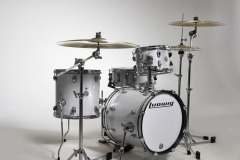 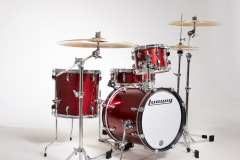 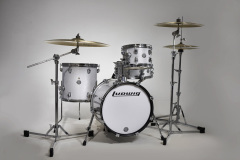 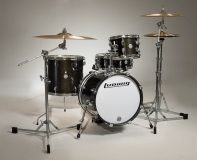 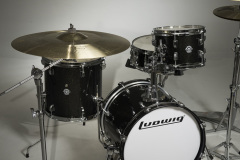 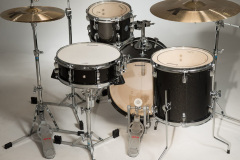 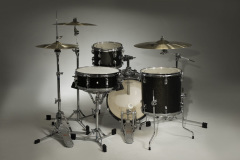 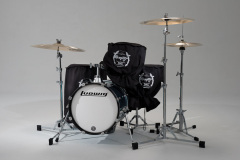 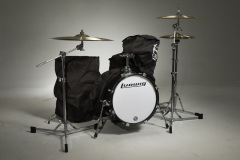 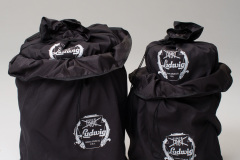 We are Australia's cheapest - 25% OFF

► A compact kit that travel wonderfully

We are Australia's cheapest - 25% OFF

"I wanted to build a device that was apartment-friendly and compact for the street musician; but also something that was quality-sounding. A gritty, raw, 'break-able' kit for gigging in clubs that you can fit in a cab. BREAKBEATS by Questlove does it all."

Portable Drums That Pack a Punch

For anyone putting together an ideal drum set for less-than-ideal environments, LUDWIG's BREAKBEATS 4-Piece shell pack is perfect. LUDWIG actually brought in the famous Roots drummer Questlove to help them create a compact set of drums that travel wonderfully and still pack more than enough punch to fill out the backbeat when you're playing tight clubs. With hardwood shells, REMO® Pinstripe Heads, and ingenious hardware, you'll feel right at home behind this set. Top it off with an included set of velvet gig bags, and you're ready to grab your BREAKBEATS drums and go.

Full-sized feel in a compact kit

The thing that makes LUDWIG® BREAKBEATS drums such a great solution for gigging drummers is that they don't feel restrictive. That's because these drums combine clever designs and full-sized heads to achieve the feel and sound of a full kit. When the drummers here at N E W T O N E M U S I C got to check out this setup, one of the things that impressed us the most is the bass drum riser, which elevates the compact 16" bass drum so that it's the perfect height for your kick pedal.

BREAKBEATS was designed with the city in mind. Positioned on a riser for optimum reach, its compact 14x16" bass drum, 7x10" tom, and 13x13" floor tom creates a set-up for sculpting grooves in tight spaces. It features REMO® Pinstripe Heads for pro-level tones, and comes with a multi-purpose bags for easy transport, and drum muting. The BREAKBEATS kit is available in White Sparkle, Black Sparkle, and Red Sparkle.

The tonal center of BREAKBEATS is a 5x14" matching wood snare drum. Create beats on the fly and make your voice heard at gigs, on the street, or in rehearsal.

Packable, stackable, and portable, BREAKBEATS' compact size and included velvet storage bags make it ideal for the drummer on the move. Play it wide open or instantly change volume and tone by draping each bag over each drum.

7-ply hardwood. Preferred by professionals for its tonal versatility.

Each drum's bearing edge is cut to a 45-degree angle within 1/16" from the outside edge. This sharp edge is hand-sanded to the craftsman's touch to assure a smooth, even, flat surface for easy head seating; the final touch to complete the unmistakable Ludwig Sound.

Ludwig offers a variety of today's most popular set-up options, as well some of Ludwig's most recognized configurations. These popular outfits cover a wide range of styles and sounds

The sonic benchmark and “The Most Famous Name On Drums”! For more than 100 years, Ludwig Drums have captivated players with its unrestrained style, design, and sound. From our humble beginnings in Chicago, IL to our historic operation refined in Monroe, NC…Ludwig Drums is dedicated to serving drummers and the art of drum crafting. We are the first name in performance, quality, and sound.

The start of the Ludwig Drum Company, and "The Most Famous Name on Drums"

A decade of innovation for both Drum Set and Concert Percussion

During the great depression, William Ludwig Sr. sold Ludwig & Ludwig to CG Conn in Elkhart, IN. The Ludwig and Leedy brand were separate brands made in the same factory.

WFL Drums supports the war efforts and starts a new era in marketing.

A decade of mergers and acquisitions sets up the future...

The decade that changed the music industry and the face of Ludwig Drums forever...

A decade of innovation and growth...

The "Chief" retires and Ludwig is sold, again...

New Decade, New Drums, 90 years in business...Ludwig as part of Selmer is merged with Steinway Pianos and goes public on the NYSE.

Ludwig enters a new decade with a passion for bridging the past to the future...

​We are the NSW Mid-North Coast Franchise Dealer for these (and more) quality musical instruments & equipment plus loads more guitar, drum, keyboard, recording, and live brands.

✓ FREE SHIPPING to all states on the brand new ROLAND® TD-50KV V-Drum Kit.

NOTE: FREE freight may apply when purchasing two or more items at our online stores