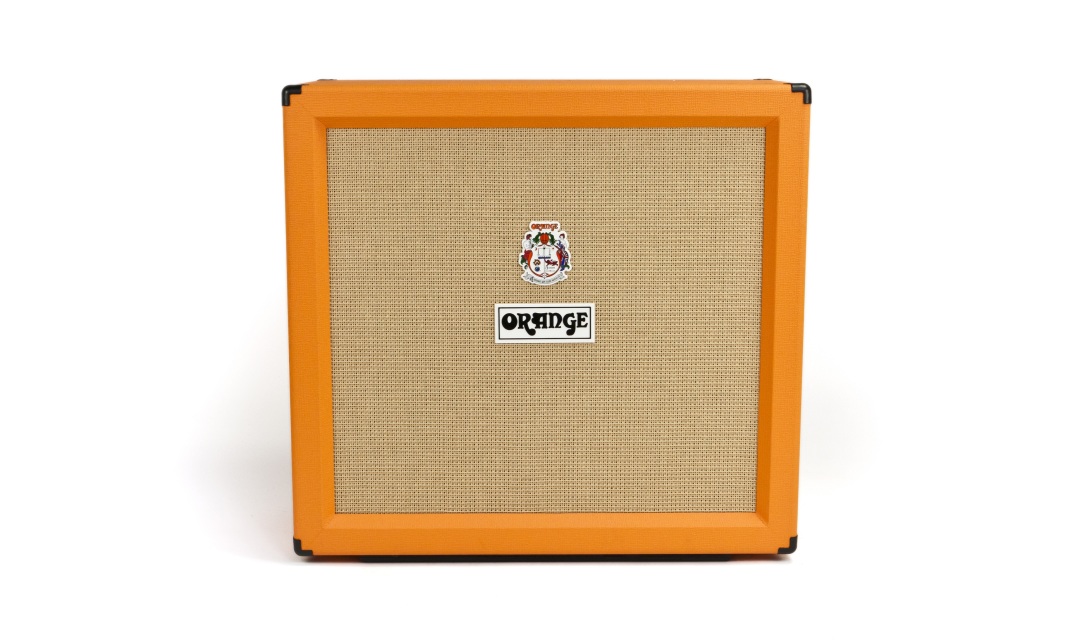 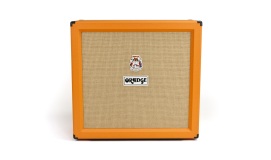 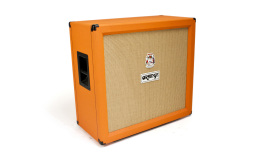 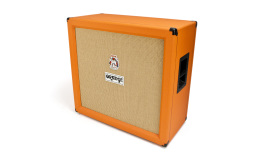 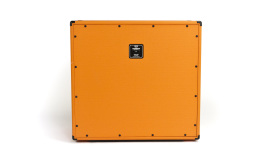 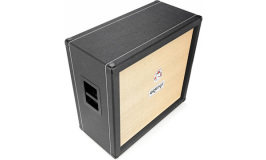 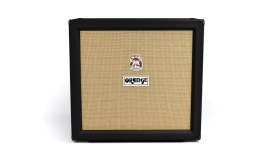 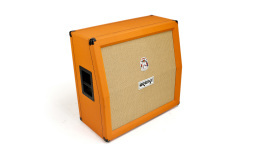 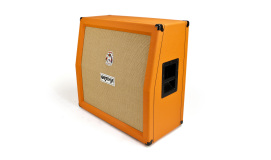 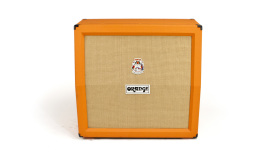 With formidable construction and a tight, unflappable sound, the PPC412 has achieved near-legendary status in guitarist circles. The PPC412 is our classic full-sized ‘straight-front’ 4×12″ cabinet with a signature delivery that has made it a mainstay of touring artists across the globe. Built to last using extremely rugged construction and manufacturing techniques, every PPC412 is made in England from high density, 13 ply 18mm Baltic birch plywood and fitted with steel hardware to withstand the rigours of the road. Our unique skid feet design helps to acoustically couple our cabinets to the stage for a fuller bass response, whilst our signature paper grille cloth contributes to the unmistakable magic of the Orange® 4×12. Housing four Celestion Vintage 30 speakers in a closed-back shell, the PPC412 exhibits a laser-focused tone that’s full of warm midrange. Don’t take our word for it, though. Just look to the legions of players for whom nothing else but an Orange® PPC412 will do.

​
REVIEW No 1:
​
​Comments about Orange® Amplifiers PPC Series PPC212-C 120w 2x12 Closed Back Guitar Speaker Cabinet:
​
​​This blows every cab I've ever played out of the water.  Marshall®, Avatar®, MESA®, Peavey®, etc.  The tone is smooth, clean, and tight.  Construction is solid.  It'll last you a lifetime.  The weight is manageable if you have a roadie to help.  Just look at all of the artists out there using these cabs, they all can't be wrong.  It's expensive and heavy, but I think it's worth it.  And besides, this is probably the sexiest guitar cab out there.

This cab sings!  That's all I can say.  It really is the best cab I have ever owned, and that's including a famed Marshall® 1960 cab. It probably is one of the most balanced sounded cabs I have ever played.  The low end is focused and the top end sparkles.  The design of the cab seems to be all about focusing the right sounds. I think other amp makers could take a lesson from Orange® here because this thing just rocks!  Built like a tank too.

I bought one and loved it so much I wanted full stack so I bought another ! ! !  The sound is clean, crisp, and clear.  Can't beat those V-30's and COOL color.  I can't believe how hard I've fallen in love with these cabinets.  I found a great deal on a 2x12 for the home studio an a full stack for shows.  I was torn between the Orange® and the MESA® Cabs.  I decided to go with Orange® and never looked back.  Can't beat these bad boys for metal music.  You won't regret it.  Do it!

​This cabinet is downright incredible.  The build quality along with the Celestion® Vintage V30 Speakers provide you with an amazing sound.  The wooden slats on the bottom keep it anchored to the floor focusing the bottom end of your sound.  The down side with it is that you cannot put casters on the bottom for easy movement^^.  And trust me this cab is HEAVY.  But if you're willing to lug it around, it won't disappoint.
​
(^^NOTE:  Pop-Out Casters can actually be installed but it is recommended that they be popped out to allow the Cab to sit on the floor when playing live.)

I love the Orange® Cabinet, it sounds amazing, a looks awesome.  The pads (Skids) on the bottom really help to improve stage sound.  I couldn't be happier with this cab.  My friend owns a MESA® Cab and they are both great cabs, but I think orange 'takes the cake'.  Playing live the cabinet really stands out (in a good way).

Shortly after this, the big acts of the time started snapping up the products for use as part of their usual set up. Fleetwood Mac were among the first famous Orange® users in the UK, followed by Stevie Wonder in the States. Peter Green's Les Paul + Orange® Amp combination in Fleetwood Mac was responsible for some of the most remarkable guitar sounds of the late Sixties!

There was something very different going on in the Eighties: changes in the world economy meant that spending hit a low. Fashions changed, but more importantly, pop music changed its face again. The synthesizer that we all knew and loved for it's odd and unpredictable noises became more and more sophisticated, until whole records could be created completely electronically. The popularity of disco, kick started a dance music movement that has lasted until today.
Very few rock bands survived, and most of those that did were American. The rising popularity of rack-based amplifiers and effects left little room for all tube heads. Improved transistor technology allowed younger guitarists to save money by buying cheap combos. Orange® were not prepared to lower standards and production was reduced to a trickle of amplifiers to those who truly believed in the quality, warmth and tone of well-built British valve technology.
In the early Nineties, people were again looking for a change in popular music. On the underground scene, bands resumed writing rock. These new bands finally broke through into the mainstream with grunge and brit-pop, bringing with them the valve amps they had spent their advances on. Oasis were one of the bands who turned to Orange® when they needed great tone and great volume!