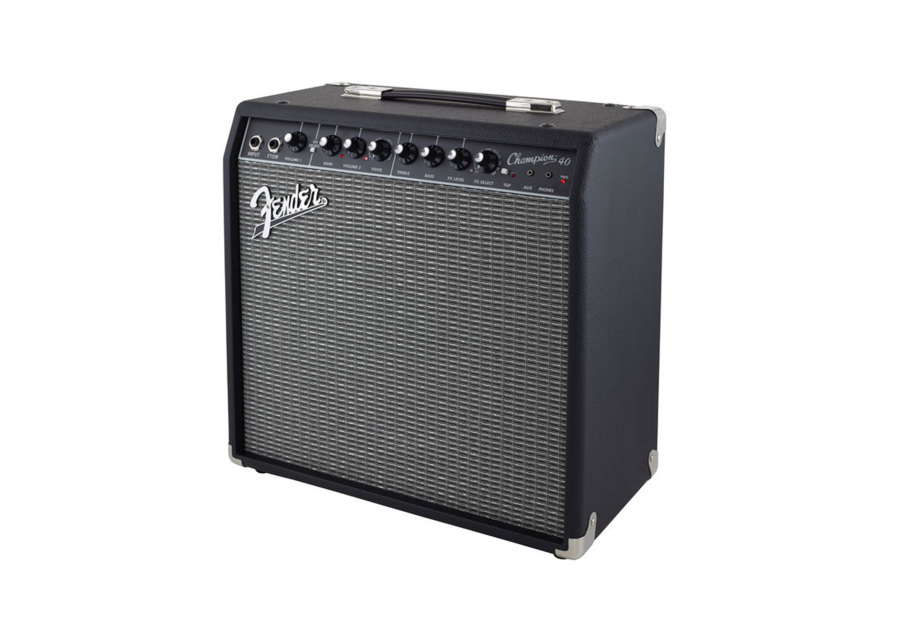 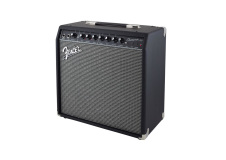 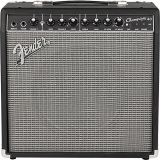 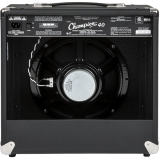 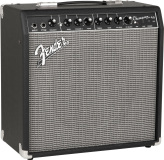 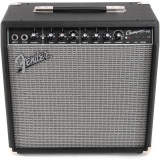 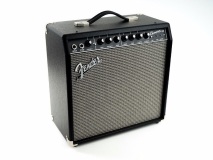 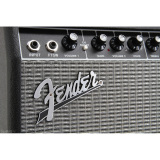 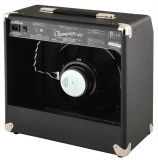 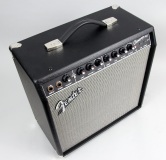 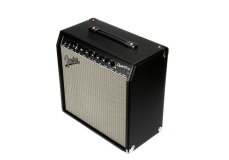 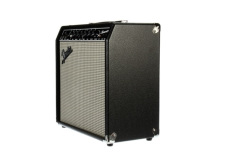 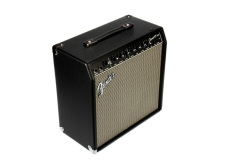 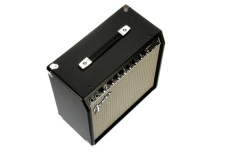 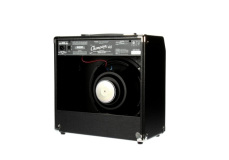 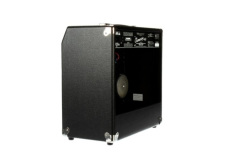 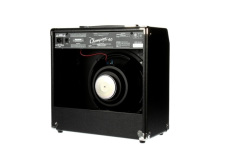 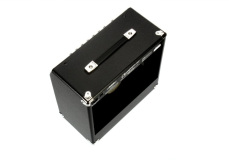 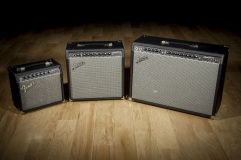 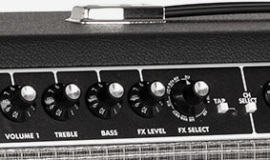 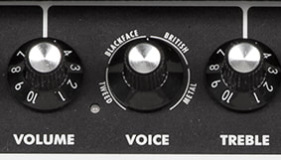 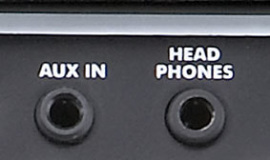 Easy to use and versatile enough for any style of guitar playing, the 40-watt, 1x12" Champion™ 40 is an ideal choice as your first practice amp and an affordable stage amp. Straightforward controls, cool effects and versatile amp voicings make it easy to dial in just the right sounds for rock, blues, metal, country, jazz and more.

The Fender® Champion™ 40 guitar combo amp gives you classic Fender® tone in a stylish, affordable package. This ready-to-rock 1 x 12" combo sports 40 watts and a wide range of tones perfect for virtually any style, served up loud and proud through a Fender® Special Design speaker. Two channels and selectable amp voicing give you everything from classic Fender® cleans to modern high gain, while built-in effects - including Reverb, Delay/Echo, Chorus, Tremolo, Vibratone, and more - let you polish your sound. Iconic Blackface styling completes the uber-cool Fender® Champion™ 40.

Two Channels and Selectable Voicing give you a universe of tone

Serving up classic Fender® cleans and overdrive, plus a selection of British and modern amp voicings and distortion flavours, the 2-Channel Fender® Champion™ 40 has you covered for rehearsals and club gigs. Channel One gives you your classic Fender® clean tones based on amps like the Twin Reverb, while Channel Two has selectable amp voicing. And with 40 watts through a Fender® 12" Special Design speaker, this 19-Pound powerhouse is the perfect amp to toss in your roadster and take to tonight's club date.

Polish your tone with great-sounding onboard effects

The Fender® Champion™ 40 gives you a slew of built-in effects to polish your tone, including Reverb, Delay/Echo, Chorus, Tremolo, Vibratone, and more. And you can easily match the effects to the tempo of your playing for perfectly synced rhythmic effects. You also get an aux input for jamming along with your media player, as well as a headphone output for silent practice.

No Fender® guitar amplifier would be complete without a dose of style, and the Champion™ 40 doesn't disappoint. With a black "Bronco" vinyl covering with silver grille cloth, plus black vintage-style skirted control knobs, the Fender® Champion™ 40 gives you an old-school Fender® amp vibe that's a perfect match for its sonic character.

Get amazing value, style, and performance with the Fender® Champion™ 40!

In addition to their fantastic uncolored sound, many Fender® amps come equipped with onboard effects that convey a versatile wealth of tonal coloring, atmospherics and textures. Includes Reverb, Delay, Chorus, Tremolo and much more.

This amplifier features digital amplifier modeling encompassing a variety of amp types old and new, U.S. and U.K., and more. From classic Fender® amp sounds to modern designs voiced for specific styles (i.e., metal), it’s just like having several amps in one.

For convenient personal listening at any time that won’t bring the house down on anyone else within earshot, this amp features a headphone output jack.

Auxiliary Input: ⅛" Stereo for Use with Media Player

World-renowned Fender clean and overdrive tones, plus an assortment of British and modern amp voicing and distortion flavors. A diverse palette of effects, including delay time and tremolo speed, that can easily be set with the TAP button to match the song’s tempo. Auxiliary input for jamming with media player. Headphone output for silent practice. Classic Fender Blackface cosmetics.

​ABOUT THE FENDER COMPANY

With an illustrious history dating back to 1946, Fender has touched and transformed music worldwide and in nearly every genre: rock ‘n’ roll, country and western, jazz, rhythm and blues, and many others. Everyone from beginners and hobbyists to the world’s most acclaimed artists and performers have used Fender instruments and amps, and legendary Fender instruments such as the Telecaster® and Stratocaster® guitars and Precision® and Jazz® bass guitars are universally acclaimed as design classics.

Because of poor health, Leo Fender sold the company to CBS in 1965. Fender Musical Instruments experienced tremendous growth over the next 20 years, but a lack of commitment and real understanding of music and musicians by CBS gradually became apparent.

When CBS shed its non-broadcast media businesses in the 1980s, a group of employees and investors led by Schultz bought Fender from CBS in 1985. The sale put the Fender name back into the hands of a small group of dedicated people committed to creating the world’s best guitars and amplifiers.

We are the NSW Mid-North Coast Franchise Dealer for these (and more) quality musical instruments & equipment plus loads more guitar, drum, keyboard, recording, and live brands.